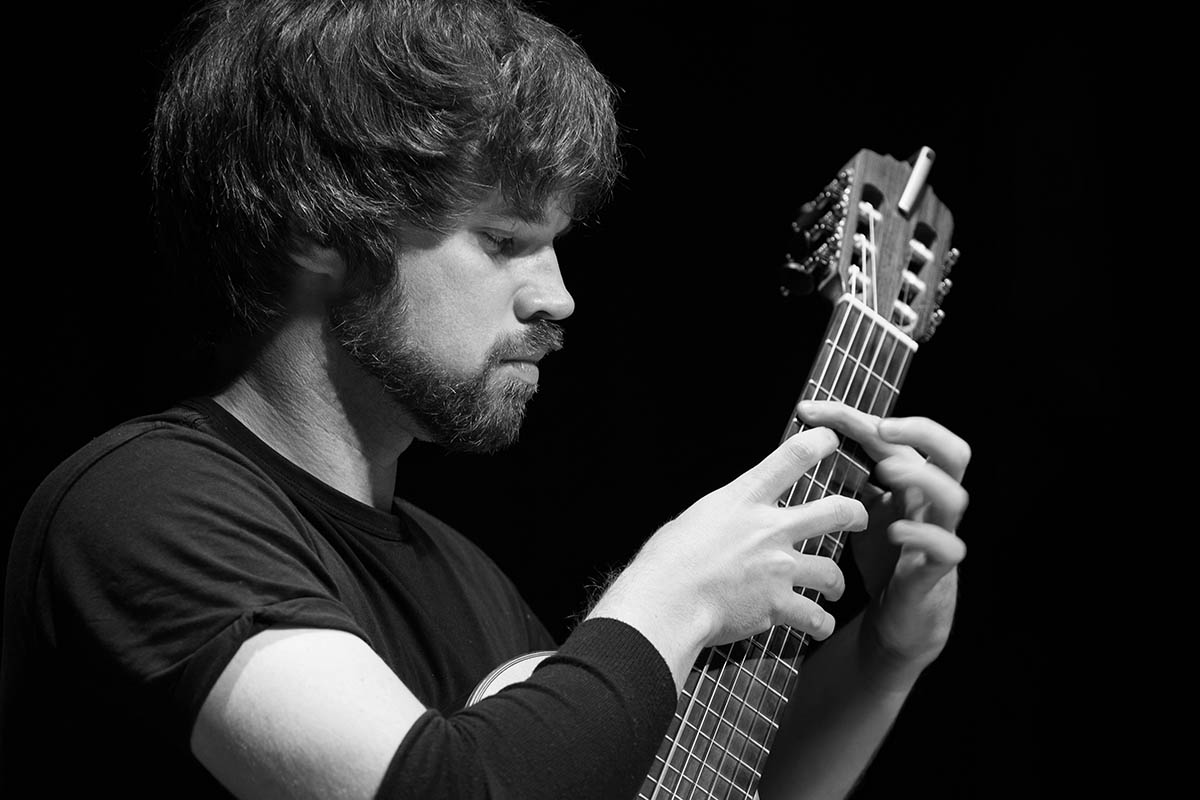 This November, we are excited to welcome to The Crescent the taltented guitarist Declan Zapala for the latest edition of Belfast Guitar Night.

Along with this workshop, Declan will be performing Saturday evening. Click here for more information.

Declan Zapala has been described by Guitarist Magazine as “one of the most exciting players on the acoustic guitar scene” and by BBC Radio 3's Max Reinhardt as “virtuosic and committed, with stunning sonic awareness”.

He is a British classical/percussive fingerstyle guitarist specialising in composition, arranging, audio production, and education from his home studio in Watford, UK.

A Master's graduate of London's Royal College of Music, and highly influenced by his contemporaries in the percussive fingerstyle world Declan is best known as a concert artist for his technical innovations on the classical guitar.

His self-produced solo shows Fusion Guitar and Guitar Multiverse have received no less than seven ★★★★★ reviews internationally and have been performed extensively throughout the UK and Australia.

Alongside all of this Declan is the monthly Classical Guitar Contributor at Guitar Techniques Magazine where he arranges and records new guitar music for a readership of over 20,000 guitarists.