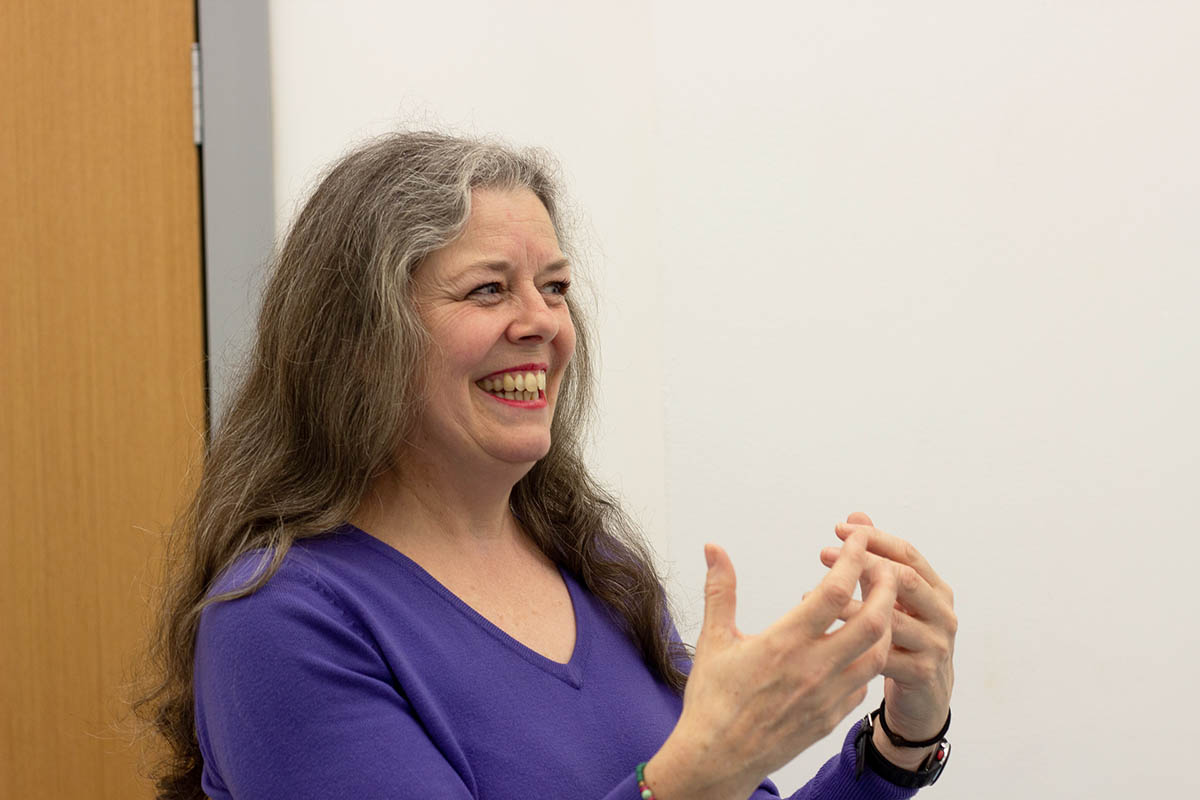 In this supportive acting course which is open to all levels, you will:

By the end of the course you will have developed confidence in applying scene study skills, acting exercises and accent work to a particular play-text.

Her various Drama classes have been running at The Crescent for 20 years.