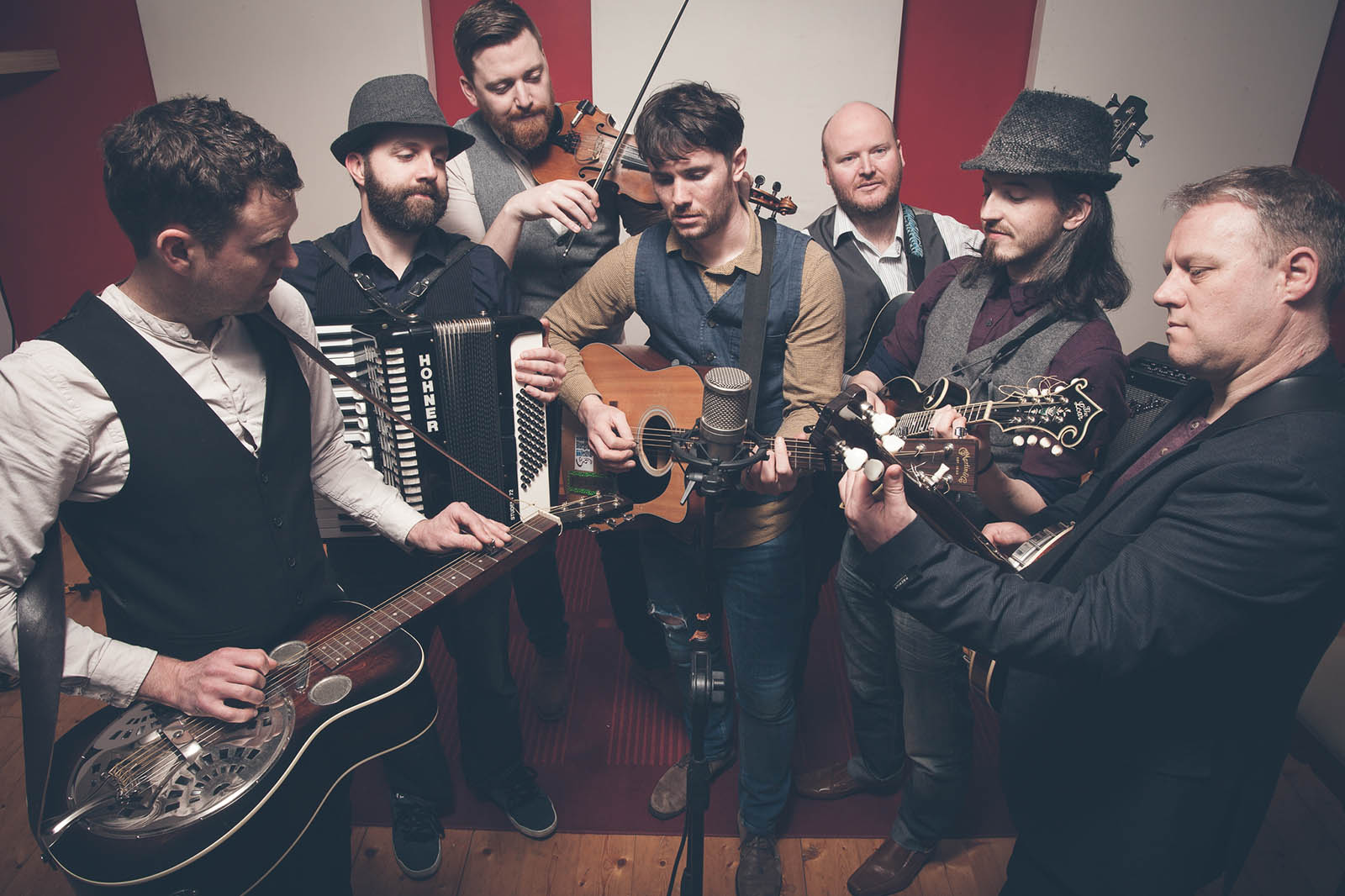 Ask any member of Irish band Pilgrim St to list their influences and the responses will more than likely be very similar as each of them has their say. Pick any of the grittier characters from genres such as Appalachian old-time, bluegrass and the folk back catalogue from both sides of the Atlantic, and you’ll instantly be in the same groove. Then, they might single out Springsteen (particularly in Seeger Sessions mode), Hank Williams or Woody Guthrie.

But, if you end up expecting them to play some sort of Americana mish-mash, you’d be mistaken. For, running deeply through the  band’s core is that unmistakable Irish phenomenon, a gift for rousing tales and stirring choruses - hearts wide open and going for broke - just like those lovable predecessors The Pogues or The Saw Doctors.

Pilgrim St have become one of the most hard-working and well-respected bands on the Irish circuit since they first formed four years ago, winning solid approval for their true-grit passion and delivery. Now, they aim to take their powerfully infectious live shows well beyond their home turf with touring planned in the UK and Europe in 2019. They have already played Electric Picnic, Dunmore East Bluegrass Festival, Westport Bluegrass and folk Festival and Vicar St.

Please wait while we load the booking information