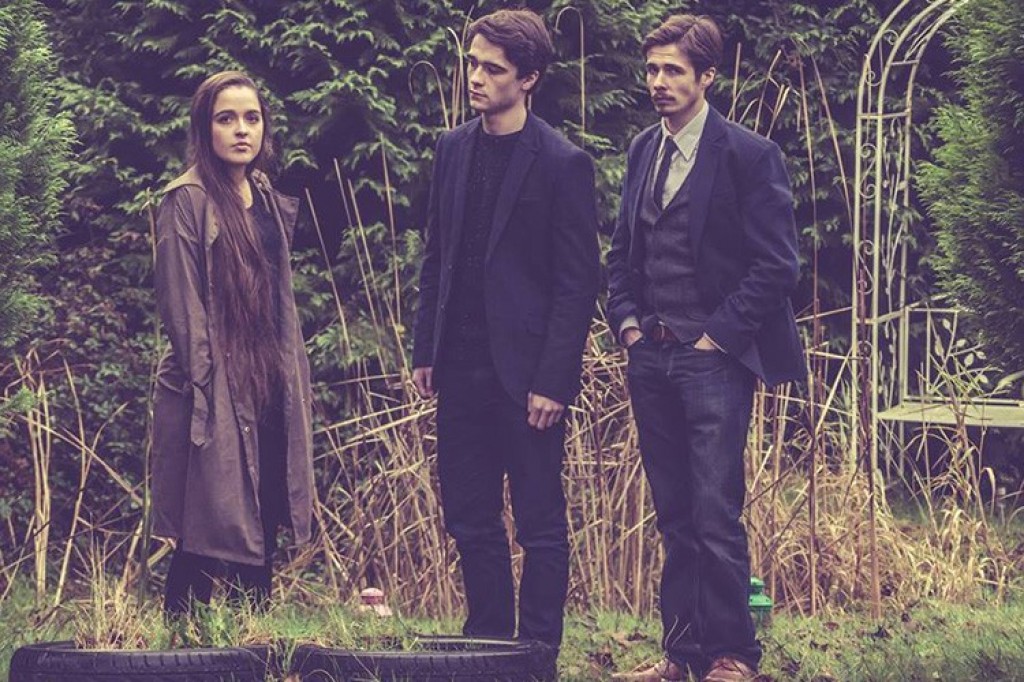 Cup O’Joe is a tightly knit trio of siblings from Co. Armagh who have been playing music together since their early teens.

Benjamin (bass), Reuben (guitar), and Tabitha (5-string banjo) were all raised in the traditions of bluegrass, folk, and jazz, and over the years they learned to blend these intricate tones with their Northern Irish roots to create their own progressive acoustic sound. As time went on, their unique mix of original compositions and re-imagined traditional songs paired with their lively performances gave them a growing presence in the acoustic music scene surrounding Ireland, The United Kingdom, Mainland Europe, and beyond.

Along the way, they’ve been selected for such prestigious recognitions as being IBMA Official Showcase Artists, BBC Young Folk Award Finalists, and appearances on several BBC documentaries and musical exhibitions. Now in their mid-20’s, Cup O’Joe is releasing their debut full-length album entitled In The Parting. This coming-of-age record displays an artistic maturity beyond their years.

Throughout the 10-track album, the trio showcases their perceptive songwriting, virtuosic instrumental ability, and tight vocal harmonies that blend together like only family harmonies can.

They are so excited to their good friend Eilidh Patterson open up the show at The Crescent. Eilidh (pronounced I-Lee) is a warm, engaging performer of startling clarity. With songs that cut straight to the heart, delightfully accurate guitar playing and crystal clear vocals, Eilidh immediately connects with audiences everywhere. In recent years, she has performed in the States, the UK and in Europe. Eilidh's relaxed stage presence invites the listener to sit back and enjoy her unique take on life and love. Eilidh has just released her fourth studio album, Journey Maker, with its first single, Broken.

They’re so excited to be launching this album in Belfast and are excited to have special guests joining them along the way to create a very exciting and unique launch show on home turf.