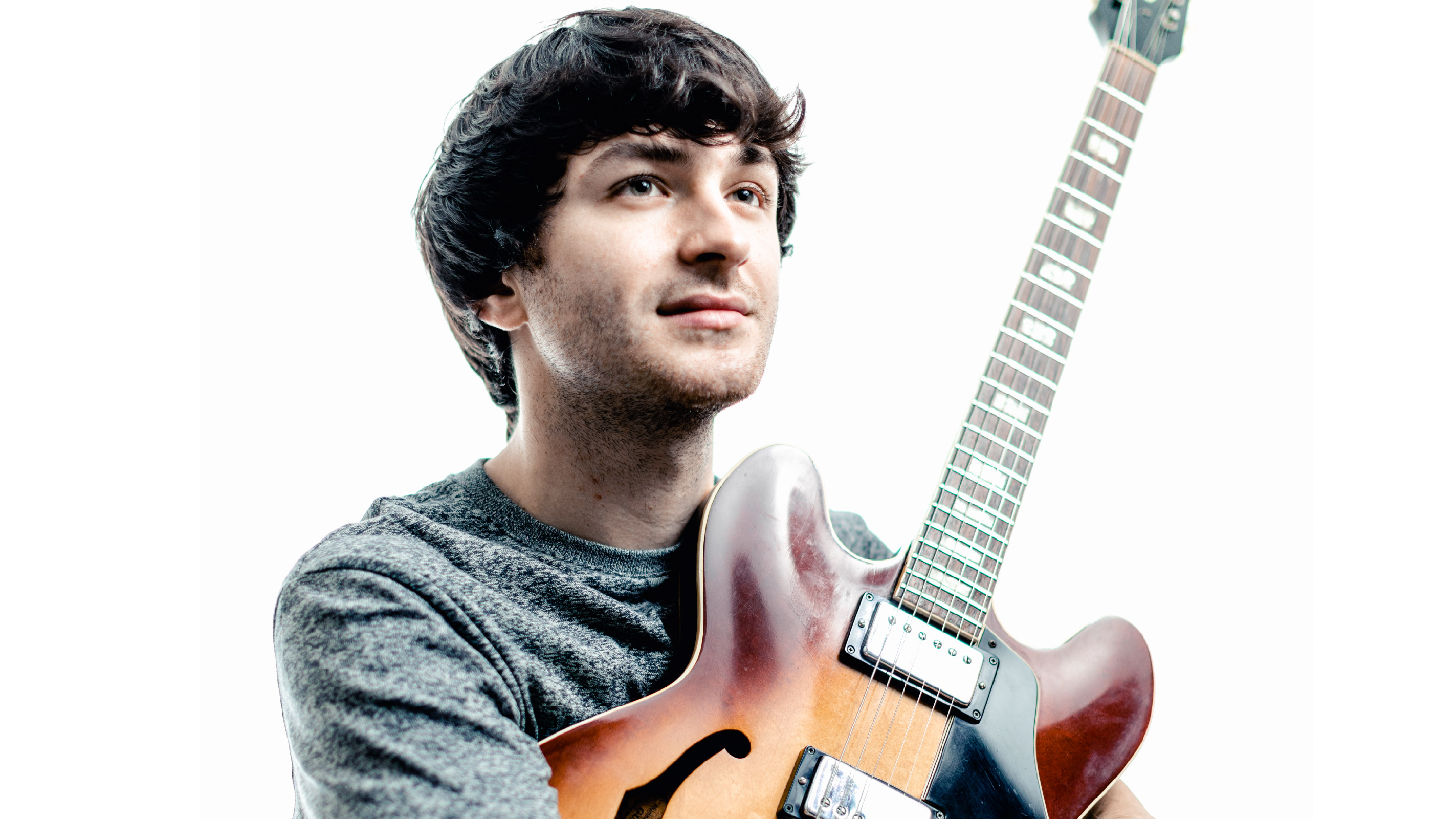 We are thrilled to announce that after 30 months we are delighted to welcome back to The Crescent Belfast Guitar Night as they welcome to Belfast the incredible Rob Luft.

Along with performance on the Thursday evening, come learn from the maestro himself as he leads an special workshop on Saturday 21 May. Click here for more information or to book your spot.

Rob Luft is an award-winning 28-year-old jazz guitarist from London whose virtuosity has been compared to that of six-string legends John McLaughlin, Al Di Meola & Paco De Lucia. He was the recipient of the 2016 Kenny Wheeler Prize from the Royal Academy of Music, and he also received the 2nd Prize in the 2016 Montreux Jazz Guitar Competition at Montreux Jazz Festival. His debut album, “Riser”, was released on Edition Records in 2017 to widespread acclaim from the European jazz media. John Fordham wrote in The Guardian that it’s a “very sophisticated debut, but given Luft’s old-soul achievements since his early teens, we should have heard it coming”. Subsequently, on the back of the success of his first album, Rob was nominated for a string of awards – Breakthrough Act in the 2018 Jazz FM Awards, Instrumentalist of the Year in the 2020 Parliamentary Jazz Awards and Instrumentalist of the Year in the 2019 Jazz FM Awards. In May 2019, Rob was selected as a BBC New Generation Jazz Artist. His eagerly-awaited second album, “Life is the Dancer”, was released in April 2020 on Edition Records to critical acclaim. Despite the intermittent global lockdowns of 2020, Rob made his debut appearance on the legendary German jazz label ECM Records with the album “Lost Ships, a collaborative effort with Swiss-Albanian singer Elina Duni, and this was nominated in the ‘International Album of the Year’ category in the 2021 German Jazz Prize.

Concert highlights for Rob include performances with artists including Django Bates, Arve Henriksen, Gregory Porter, & Iain Ballamy. Rob is a regular member of a multitude of some of London’s finest modern jazz groups, such as Byron Wallen’s “Four Corners”, the Dave O’Higgins Quartet, and the Chris Batchelor/Steve Buckley quintet. Additionally, his playing has been documented on a wide variety of albums over the past five years on famed jazz labels such as ECM, Edition Records, Ropeadope, and many more.

...a singular talent, a fluent improviser and a composer of catchy, earthy, infectiously upbeat tunes. There are echoes of west African high-life, English folk, indie rock and various strands of contemporary jazz, but Luft’s sound is joyously original, robust and in-your-face... The Irish Times

“So young and so talented!” Jamie Cullum, BBC Radio 2

“With Riser, Luft has produced a debut album of remarkable originality, strong compositions and he’s assisted by a formidable quartet of musicians whose natural sensibilities and talents only serve to enhance the project.” All About Jazz

VenueThe Cube
Please wait while we load the booking information