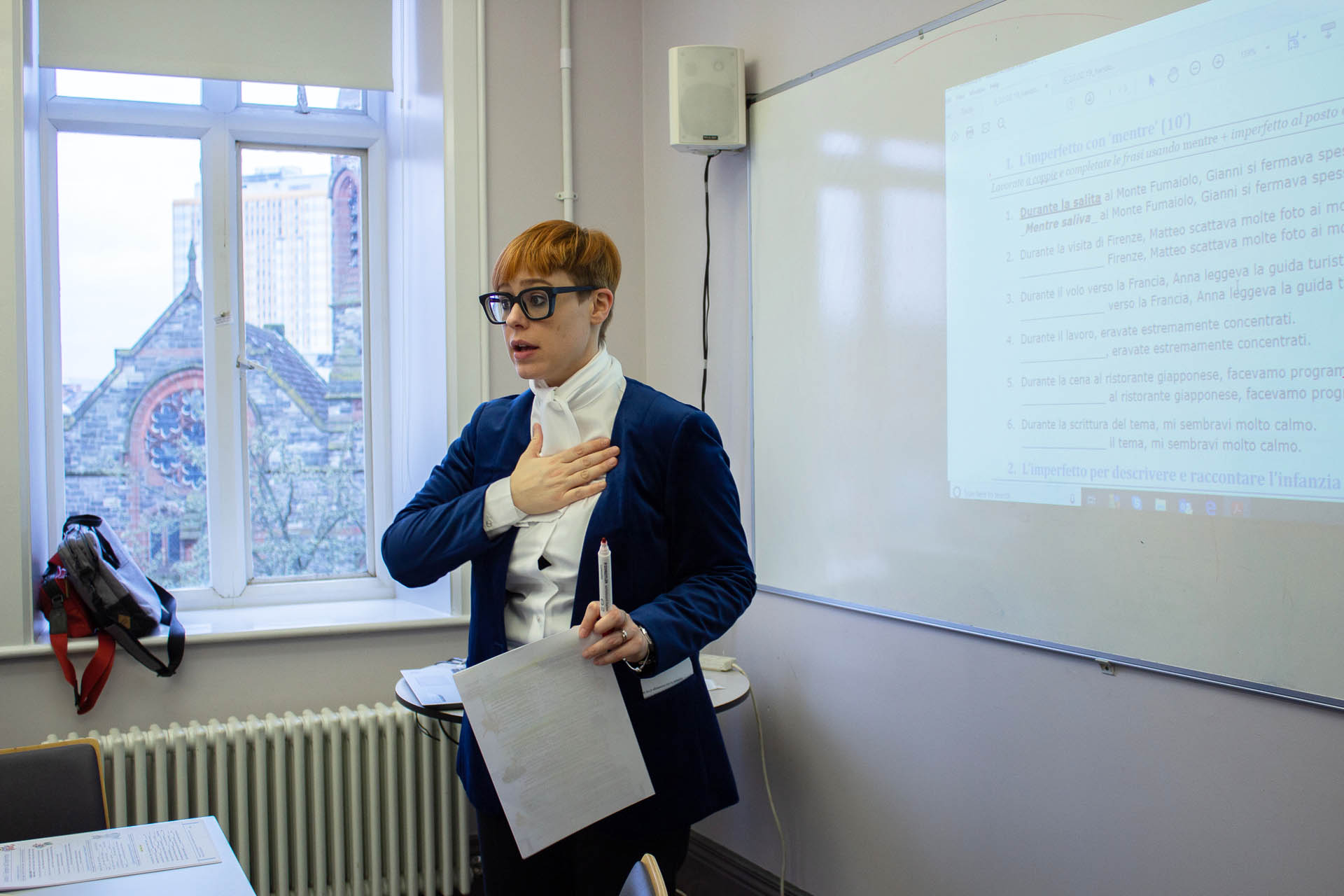 This workshop is a fascinating journey into a form of art that fuses music and words, and is suitable for learners with at least an intermediate knowledge of Italian.

Being guided by the tutors Federica and Giada, you will explore the best-known opera by Ruggero Leoncavallo, Pagliacci.

You will listen to some famous arie, learn about the composer, and expand your vocabulary.

Federica Ferrieri was born in Venice. She is a language teacher, a lexicographer, an editor and a translator. She’s also the Honorary Consul of Italy in Northern Ireland, a member of the Consular Association (CANI), and she organises many events in collaboration with the Italian Cultural Institute in Edinburgh to promote the Italian language and culture in and around Belfast.

Before and during her PhD studies in Modern Greek, she lived in Amsterdam, Crete and Athens, and spent time in London. She's lived in Belfast for more than seven years, where she currently teaches Italian, Latin and Greek at Queen's University, the Crescent Arts Centre and in her own office in the University area.

Languages (ancient and modern) are her passion, and the theory and practice of teaching them in a creative way is something she enormously enjoys.

Hailing from the beautiful city of Turin, Giada Mangiardi is a language teacher who has a passion for languages in both the spoken form and the science behind them. After completing her MA degree in Linguistics in 2007 she moved to Co. Limerick and taught Italian in a school. After a year she moved to Belfast where she has been working as a language tutor to all ages in QUB, Belfast Metropolitan College and the Crescent Arts Centre. She has also worked as Language Coach at the Grand Opera House.

Giada has collaborated in the editing of Italian language course books as well as works dealing with minority languages. She looks forward to sharing with you her knowledge and love for Italian in all its aspects, from grammar to food, from music to regional traditions.